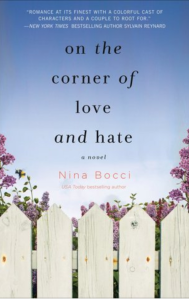 What’s a campaign manager’s worst nightmare? A smooth-talking charmer who’s never met a scandal that he didn’t like. When Emmanuelle Peroni’s father—and mayor of her town—asks her to help rehab Cooper Endicott’s image, she’s horrified. Cooper drives her crazy in every way possible. But he’s also her father’s protégé, and she can’t say no to him without him finding out the reason why: Cooper and her have a messy past. So Emmanuelle reluctantly launches her father’s grand plan to get this Casanova someone to settle down with and help him lose his lothario reputation.  Cooper Endicott wanted to run for Mayor, but he never wanted the drama that went with it. Now that he’s on the political hamster wheel, the other candidates are digging up everything from his past. Even though he’s doing all the right things, his colorful love life is the sticking point for many of the conservative voters. He wants to win, badly, and he knows that if he wants any chance of getting a vote from the female population, he needs to change his image. The only problem? He might just be falling in love with the one person he promised not to pursue: the Mayor’s off-limits daughter.

Two friends who were in a long term frelationship gone awry, now try to coexist as coworkers.

This book was really funny. It actually started out funnier than it ended, but I still laughed quite a few times throughout it. I wonder if there will be a companion book because there are so many characters described in the friendship group that seemed to have enough of a backstory to warrant other books!
I liked all the scenes at her apartment… does she need a hypothetical roommate?  Because I’m available.  The town she lived in was really cute, I could totally live there! Definitely Stars Hollow vibes.
Her parents were really enjoyable.  I loved the scenes featuring her mom.
For the amount of sexual innuendos that were present in this book – I was expecting the actual steam level to be a lot higher than it was. I think this will be a really good book for fans of the unHoneymooners who like a low steam novel!
I read this book really quickly!  It was honestly almost four stars, you’ll have to read on to find out why it wasn’t!
You know when two characters really dislike each other and you read the whole book and you’re like… wait what was the big deal? This book explained why she had hatred for Cooper really well.  It made a lot of sense and I appreciated that.
So, this also turned out to be a second chance romance…which I tend to really dislike. So overall this rated a lot higher than most second chance romances I read!

It featured my least favorite thing in a book where the characters in love with somebody but once they can get together they’re not sure if they actually want to be with them… which is annoying to read about. It would have benefited from dual point of view chapters. Cooper’s POV could have explained the scenario with his “girlfriend” a lot better than the book did – so that left me wanting more.
So, I almost gave it four stars but I can’t get over the annoyance of a character who isn’t sure if she is in love with somebody or not, and then thinks she’s in love with them, but then isn’t sure if she should be with him because it’ll change the friendship. Kind of gave me Josh and Hazel vibes in that sense. I just find that plot point to be really annoying.  I root for someone who wants something and finally gets it. Not for someone who wants something and gets it and then turns it down because it’s now “too real.”

I would definitely pick up other books by this author I really enjoyed her writing style and if she does write companion books for the series, I would read them! 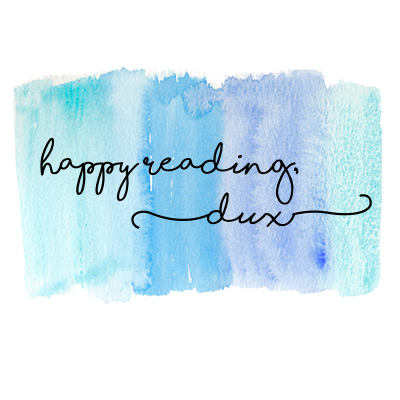